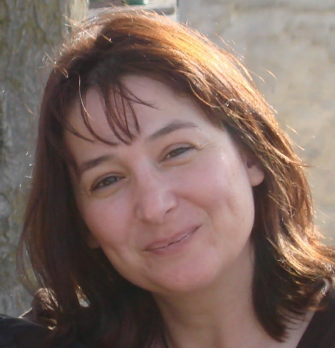 I read Thirty Percent Chance of Enlightenment and contacted Tim Brookes to ask if he would mind if I indexed it. He agreed, and I later sent him the index. He posted his reaction on his blog, at the Champlain College Website on November 9, 2011, under the title, "What About the Worthy Indexer?"


What About the Worthy Indexer?

As more and more publications are appearing online or in eBook format instead of or in addition to print, and as those online documents can be searched with a speed and breadth that was impossible until search engines, I started to wonder about indexers.

I have a soft spot for indexers, entirely because of one person: Rose Ippolito.

None of my books prior to 2009 was indexed, largely because I don't write (and can't write) academic tomes bristling with arcane detail, which other academics are likely to pore over in search of that one fact that will complete a journal article, or a Ph.D.

But Rose contacted me after she had read Thirty Percent Chance of Enlightenment, and offered to index it. In doing so, she paid scrupulous attention to the book, not only to every fact and proper noun but to every nuance and idea inhabiting the shady nooks and crannies of the book's intellectual woodland. It was the kind of attention that makes any author roll over and lie on his back, purring, as if having his belly fur scratched.

So after our visit from Tim Nitz and his insights into the workings of search engines, I worried about Rose. Would she and her subtle and diligent skills be replaced by Google? I decided to ask our experts, ace copy-editor Kathy Johnson and ace Emerging Technology librarian Andy Burkhardt.

"Indexing is not going to die out," Kathy replied, "at least for the foreseeable future, because an index is not simply a list. Rather, as Jean Jesensky explained when she visited my class, an index represents an information map that reflects who will use the text (what sort of readers it will have and what information they are likely to be interested in), as well as a host of other things. While we can automate the selection of information, we are not yet able to automate the organization of that information into the most useful hierarchies, and it is likely to be a long time before we can do that, because, as you know, computers are not yet able to replicate the human thought process. Even if that changes, it is likely that indexing will morph into some sort of IT career (applying tags, etc.)."

"I am of the opinion that while indexers will still mostly do a better job than machines in the task, the job will shrink some or morph using new tools. Machines as of right now can do data really well. It's easy to find where a word occurs. Human are much better at creating and identifying meaning. What does this data actually mean? Humans are good at sense making. But machines are improving in this area. Things like ads tailored to you in Google or Facebook are examples of this. These are products that are more closely tailored to you and have increased meaning to you. I think that this tailoring of information and services for us by machines is only going to increase. And while I agree with Kathy that indexing by a human is going to be better than a machine, it may wane. It will likely morph into something that combines meaningful data from machines and sense making from humans."

I went back to look at Rose's work, sitting modestly at the end of Thirty Percent Chance, and was struck by how the very act of creating categories of thought produces interesting and pregnant juxtapositions. Under "rain," for example (which occurs pretty often, given that it's a book about the monsoon and the spiritual meaning of water), she gives us:

Am I alone in reading that as some kind of skeletal poem? In hearing in that gathering of perceptions a kind of coherence that underlies the entire text even if it may never be articulated or even recognized by the author?

In a way, a word or phrase search stultifies our creation: in pulling out individual terms, it severs the connections that made them interesting and worthwhile. It works against the very nature of thought, which is connective. A Shakespeare concordance that identifies every occurrence of every word in the great man's work is only useful if we then start connecting those words and ideas again, perhaps in new and interesting ways.

We are more than the sum of our data.